Polish lesson in the colours of autumn

„Can you help you?"- A young boy with black hair and Polish name of Thomas jumps off the bench. Although the pronunciation of our native language certainly makes trouble, I'm still surprised, when I hear the Polish language in the mouth of an Asian.

So so, Polish! I'm on the Polish language classes at the University of Hankuk University of Foreign Studies in the small village Mongyeon-myon away jakies 1,5 hours from Seoul. It houses the oldest in Asia Cathedral of the Polish language, professor and teaches here Tamara, privately friend of my friend, in which I have the opportunity to stop for a few days on the way back to the capital. I, as a guest in the classroom doing a monkey Matilda and the young students asking questions about me in Polish my stay in Korea. And in the hotel professors feel like a VIP – called ORBIS. I slept I ask you in the Orbis SA!

I wonder if the devil ki Koreans want to learn Polish? Tamara says, that it is related to the presence in our country-giants Korean companies - actually, I remember no Korean company Daewoo already existing was one of the first, which established the branch and factory in Poland back in the 90's. Now the greatest power in Korea, Samsung, LG, Kia and Hyundai cars. Polish science increases the chances of young people in the labor market.

Extremely competitive job market. Korea is a small country (around 100 000 km2, which is less than 1/3 Polish surface), very rich in natural resources, Therefore, its main strength is in people. To be successful you have to be very good, you need to stand out. Country yet 50 years ago, the level of per capita income was equal to Burkina Faso is currently at the forefront of the developed countries of the world - it owes nothing else, investment as learning and hard work. Learning and work people get richer! Koreans learn almost without a break. The average student spends the day in a state school and in the afternoons studying in private. With three-quarters of the students in the afternoons it comes to activities to private schools, there are more then 100 thousands and stays there until late. As late? Several years ago, the Ministry of Education provided the means closing schools at 22 nd.. Unfortunately, Korea is also in the forefront of another - the countries where there is the largest number of suicides. Continuous pressure makes stand out, that suicide is the most common form of death in the age group of Koreans 20-40 years.

Recently knocked me feet information, that in Korea for the duration of the exam in English, which is part of the local matriculation examination and specifically for the time listening to the text (listening) on 30 AIR TRAFFIC minutes Pause OVER COUNTRY. That 640 thousands of students joining the exam did not bother to focus on the task. It was the most important in the life of a young Korean exam, Polish counterpart Baccalaureate, which takes place here in mid-November (The school year starts in March). It's "to be or not to be" young people who want to educate yourself further, because it points to the exam to decide on admission to studies, but to immediately hold planes?! And after the results of the test statistics of suicides crazy…

After returning from the island of mandarins with surprise, although it should not be surprising because it is in the end of November and the decline of autumn) I saw, that suddenly disappeared from the fields of rice fields of żółtozłociste and took on the color of rust-colored field. Bustling farmers with the harvest and in the fields and in front of shops in arrears tons of vegetables - cabbage and radish mainly because it's time to address the housewives or silage production kimchi for the coming year.

A tree.. This blaze of colors of leaves made, that the pace slowed even more to admire almost every encountered copy. Although I love the golden Polish autumn gold can hardly admit patriotically, I did not see anything like this yet! Fall is here in the colors yellow and reddish-orange-red-maroon. This makes sure the type of trees, especially maple Fine leaved – for me from now a symbol of autumn Korea. No wonder, therefore, no longer, with Korea and Japan as colorful foliage season so. "Foliage" is a unique tourist attraction for m.in. the inhabitants of the equatorial Asia, where it simply does not fall and the plants are uniformly green year round.

Autumn weather in Korea is another phenomenon. She frightened though cold wind and quite a sudden drop in temperature (is now approximately zero at night and about 10 during the day, first snow also fell) is generally leapt, not only cyclist. Sun reigns, the sky is blue, Air dry and clear and the rain fall down rarely and after one or two days disappear from the horizon. „I've lived here for more than 4 years, and I'm not going home " Irishman said Patrick, with whom I stopped a few days just for the fact of precipitation. When I look out the window the sun shines, and if it rains I know of for the day - two stops. In Ireland, it rains constantly.

Two and a half months in South Korea. Such a long time and over 3 thousands of kilometers traveled and saw only the central and western part of the country! Sam, I can not believe my "dizzying" pace. Dozens of people I met and the conversations, kg eaten kimchi. Most of my travel and accommodation in cycling history private. Although I love this tent when the nights grew cold often knocked on the door of churches.. Presbyterian, Protestants, Methodists, Roman Catholics.. almost never refused me places, everywhere fed and gifted prog on the road. It is also the first country, in which not even once I paid per night, and I have this feeling when practicing some terrible sępienia or abuse – simply there was no need.

Loved you in Korea? Helpful and polite people? Believe me I do not want – summed up in surprise my enthusiastic summary of my trip Host Coachsurfingu Kim in Seoul. And so it was a traveler and "lokals" tend to have a different point of view, but that's a topic for a separate discussion.

I'm two days in Bangkok, reportedly undergoing coolest season in this connection to the south took only 3 cold showers and at night the temperature is only 26 degrees. I am pleased to look at the build-up clouds of fast and short afternoon downpour, which brings a few moments of respite from the "cold". I put aside endured in recent weeks insulated pants, fleece sweatshirt, hat and gloves, and indoor shoes. The mere thought of their assumption of skin burns me! I can not find communal wifi at the Korean nadurodzaju in this regard is quite shocking (treatment of addiction is also Koreanska smartfou specialty), but in street pub's hard for me not to refrain lick the plate after a Thai curry and papaya salad and the prices ... phew! Finally, in the lower states of medium. Time to switch to getting up early.. – Welcome back to Southeast Asia! 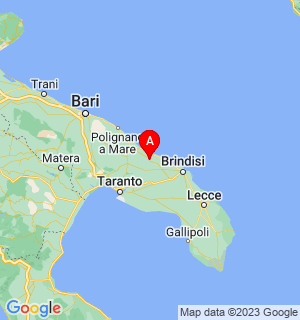