Georgia and flat? – by bike through the Kakheti steppe and the Alazani valley

“Polish trail” in Georgia begins, looking from the east on the border with Azerbaijan in Lagodekhi, pulls through the charming Sighnaghi, located "in the middle of nothing" or in the steppe the village of Udabno and then hen through Tbilisi, Burning, to the Black Sea coast to Batumi and probably many other places along the way. This is by no means a trail of struggles and martyrdom of the Polish nation. Yes, martyrdom, manifests itself in quite difficult in cooperation with the local people to renovate homes and apartments, to adapt them to guesthouses, hostels and pubs, i.e. broadly understood tourist infrastructure. Poles love Georgia and come here in crowds, visit and live more often. Georgia is beautiful, tasty and business-friendly because taxes are negligible (or none?). And no visa is required for a year's stay. An émigré paradise when you have a business line, cash or retirement.

After two weeks of cycling in Georgia, you can find yourself on the other side of the country and say hello to the Black Sea, but you know - I roll slowly, and sometimes I don't even roll – I didn't even reach the capital of Tbilisi, and there is some 150 km from border crossing. Polish woman can! First, I fell into the arms of Mr. Jerzy Ciemnomłoński, who lived in Georgia for many years running a small guest house, which is a great base for the nature reserve in Lagodheki, then I fell into the arms of the valley famous for the vineyards of the Alazani valley, picturesquely situated between the ranges of the Caucasus mountains, so I went around enjoying my eyes, to fall into the arms of Piotr and Cecylia, Leading Poles Peter’s guesthouse in the extremely picturesque town of Sighnahgi. I made a loop and returned near the Georgian-Azerbaijani border to sink into the steppe (yes, there is a steppe in Georgia!) and hills leading to the monastery complex of David Gareja.

This is a beautiful place! I didn't fall into my arms here, but I visited a cult pub and hostel run by Poles in the village of Udabno, forgotten in the steppe. I met many countrymen there and more, the place has a nice atmosphere, but some tourist accretions, which are reflected, among others, in quite high prices for Georgia.

Speaking of spring steppe, we forget about adjectives such as “dry, washy, brown”. This is not a steppe, through which I drove in late summer and fall in Central Asia. The steppe in May blooms. Green-yellow tracts of grass stretched to the horizon, which supposedly inhabits a lot of venomous vipers. Judging by the number of those who live on the road, there are even more, so I looked around carefully when setting up the tent.

In May, shepherds bring sheep away, herd for herd, dozens, hundreds of thousands of healing animals.

The wine is not, at least it shouldn't be the cyclist's basic drink, but Kachetia is full of vineyards. I leave tastings with it, who want to make substantial purchases, enough for me from time to time a bottle-keeper from roadside home supplies.

Psy.. about dogs in the Caucasus can be long, these shepherds are awesome, but dogs are treated here per leg and kick, they are here everywhere and desperately, they earnestly and earnestly seek love and belonging. My new way to do this is to talk friendships - believe me, works wonders. The dog is stupid, he looks and starts wagging his tail (note - unfortunately it doesn't work in Poland).

That's how it was with the park of young dogs, which have separated from over a dozen others, which I pacified with a good word..   they clung to me, regardless of being sent to hell repeatedly, they followed me for eight kilometers, because the driveway counted so much and they watched with devotion at night. Rudy went to sleep and the pinto or spark was barking or barking cyclically. In the morning I wondered what I would do with two mouths on the road, but at the congress Rudy disappeared first and Łaciaty was unbearable. He managed through 15 km looking only at me with a questioning look for why and why I am so fast. My heart was breaking.

I am begging you for forgiveness, I couldn't tug the dog trailers with me yet ...

I got the impression, that with entering Georgia it lost its journey in the broadly understood exoticism, she rewarded her with a sense of security and security, how desirable, ease of use for the country. This ease is made up of the post-communist climate familiar from the old Polish reality, the ability to communicate in Russian and, however, a religion, because it's a Christian country.

Tbilisi, where I spent almost a week, it wasn't love at first sight. The meeting with the capital of Georgia and the first nights were in the older part of the city, around the train station and the views were more depressing than charming. Stare, neglected houses that have a long time behind them and feel, that people often live here in difficult conditions. However, it was valuable to be able to observe the local life going on from morning to dusk. Lots of young people, lots of alcohol, which is a necessity article and proudly presents itself in rows in storefronts. Centrum Tbilisi, the old town, which boasts colorful balconies, is overwhelmed and obviously taken over by tourists. “It happened so fast, that we can't get used to it” said my host.

Only once I went sightseeing and I was happy with it. Although the view from the hill and the fortress of Narikala was delightful and I couldn't stop focusing, I was much more excited about taming the city by taking a bus on it. How to buy a ticket, where to get off? These things can be a challenge. There were a lot of things to do again. Buy a gas cylinder, clothes, include a dentist. The bicycle to the steep and crowded streets was hardly advisable and I gave it a rest.

At that time, Georgia was celebrated 100 summer regaining independence, even the Polish president has arrived. It rained all afternoon, the storm passed and I saw almost none of these celebrations, but unlike the homeland, the festival is celebrated here seriously and joyfully and without smoke flares.

People are kind. Almost every day someone stopped asking, I don't need help. The sight of the tent set up somewhere in the field or on the outskirts of the vineyard did not arouse much emotion, just a few questions, smiles, attentions. No insistence or meddling. This is cool, even very much.

May hit the greenery, but it was very rainy. I even spent two nights plus the whole day in between without leaving the tent 30 km from the border with Armenia, because I didn't want to stop raining and I don't like to ride in the rain or roll up a wet tent.. I was still going back to Georgia, but now another country was planned, which I was extremely curious about – Armenia!

Azerbaijan. Holiday in Baku – have you also insured yourself for travelling??

The Vistula Bicycle Route in Małopolska. Western part: Brzeszcze – Krakow (and around)

Armenia and Nagorno-Karabakh by bike – my place...

Azerbaijan. Holiday in Baku – do you as well...

A day on the road in Oman

How warm it is in winter in Turkey, or action ...

From the steppes of Kazakhstan's to the oasis of luxury – United ... 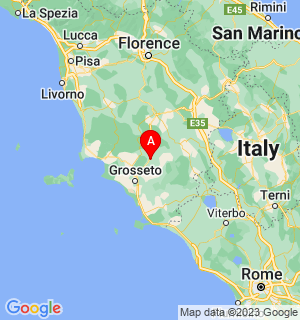